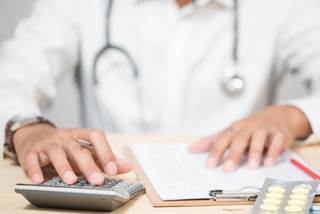 Six months of treatment with trastuzumab is substantially more cost-effective than 12 months of therapy.

Reducing the duration of trastuzumab to 6 months for the treatment of HER2-positive early breast cancer is cost-effective, primarily due to lower costs related to treatment with trastuzumab, according to an analysis of the PERSEPHONE trial that was presented at the ESMO 2018 Congress in Munich, Germany.1

“The results, alongside the clinical effectiveness results demonstrating noninferiority, are the first steps in the safe reduction of treatment for many women with HER2-positive breast cancer,” Claire Hulme, professor of health economics at the Academic Unit of Health Economics, University of Leeds, Leeds, UK, and an author of the study, said in a press release.2“They present an opportunity for significant cost savings for health service providers.”

PERSEPHONE was a phase 3 noninferiority trial comparing a 6- and 12-month duration of trastuzumab. At 6 months, a landmark analysis was conducted to evaluate costs and quality of life. This analysis included 3759 patients who were disease-free at 6 months.

The authors concluded that patients in the 6-month arm of trastuzumab had a probability of 100% for being cost-effective without decreasing quality of life.

In the accompanying press release, Nadia Harbeck, MD, PhD, head of the breast center of the University of Munich, who was not involved in this study, agreed that these results are an important contribution, but cautioned that, “The subgroup analysis of PERSEPHONE could not exclude a benefit of 1 year trastuzumab in clinically relevant subgroups, so 1 year remains the standard duration.”2Dr Harbeck also noted that biosimilars “could also help to increase access to treatment in countries where there is no general access.”

Read more of Cancer Therapy Advisor‘s coverage of the ESMO 2018 meeting by visiting the conference page.